One Does What One Can

A Small Voice is Answered 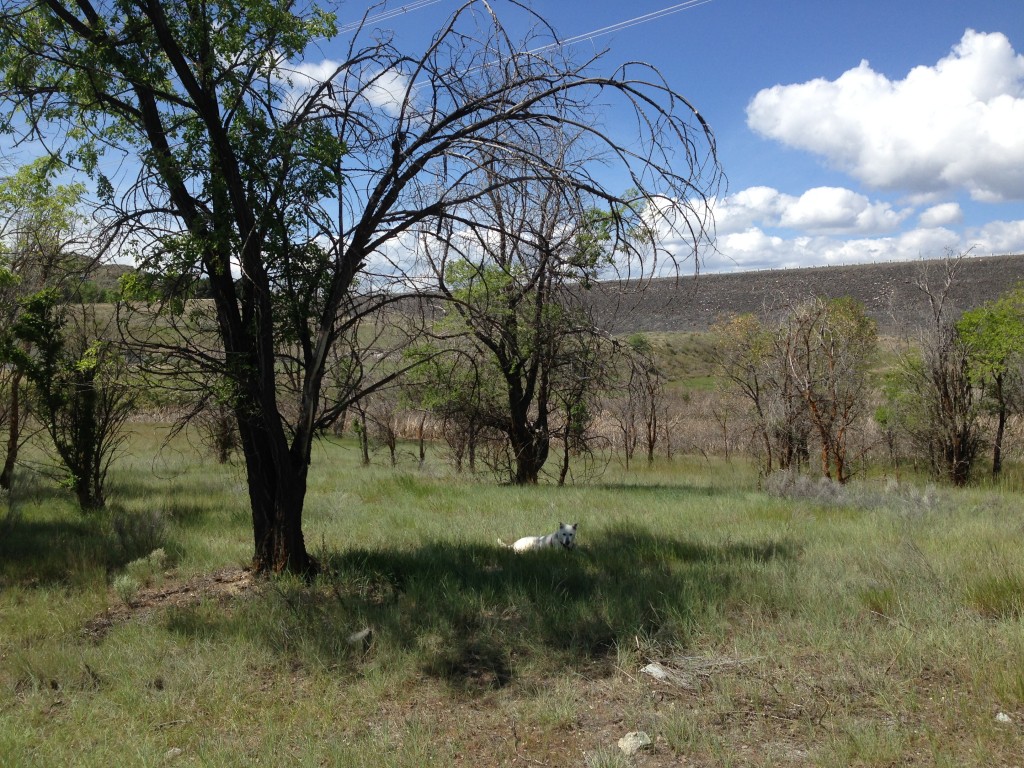 Our dog loves this walk in the park below the transmission lines. She checks every message left by every other creature that walks here. And the scrubby elm trees provide the shade needed in our hot, semi-arid scrublands. The small watershed in this area provides home to all sorts of critters from red-winged blackbirds to killdeer to coyotes to, well, any creature needing a spot to rest or shelter from the heat or cold. And this is a place that many local residents [and their dog friends] visit regularly. We are fortune to have a place with trees, and we are thankful. 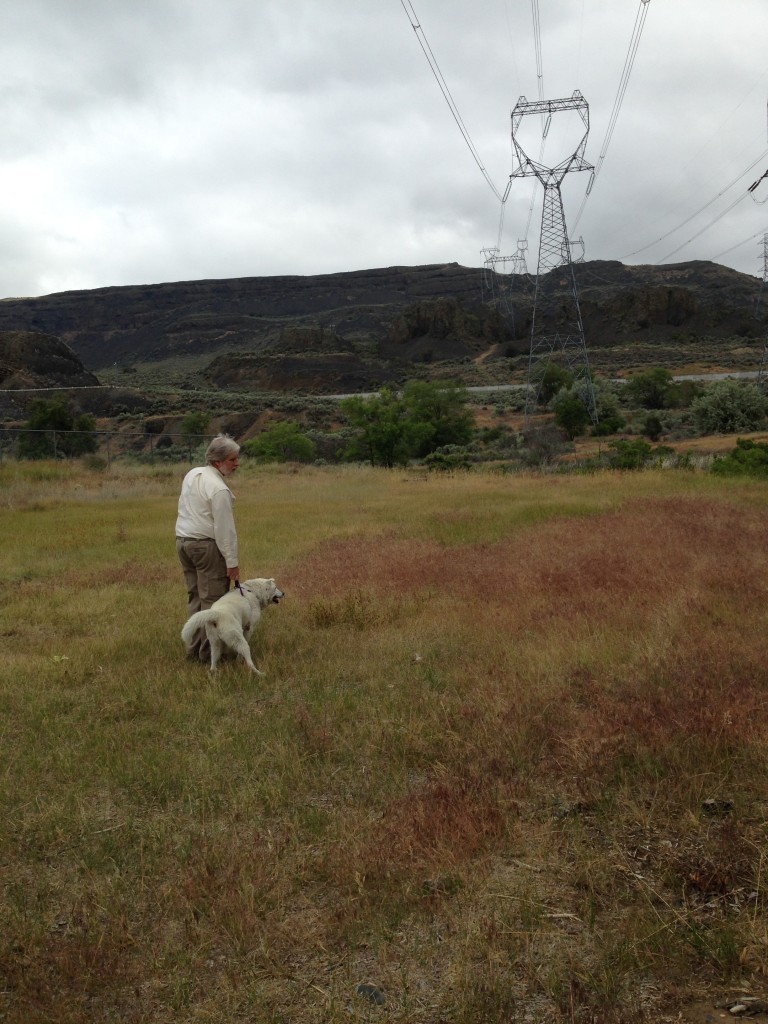 She was so old, Scott had to pull her up and around so she could keep her balance. It was time. And on this day to reflect, we arrived to this: 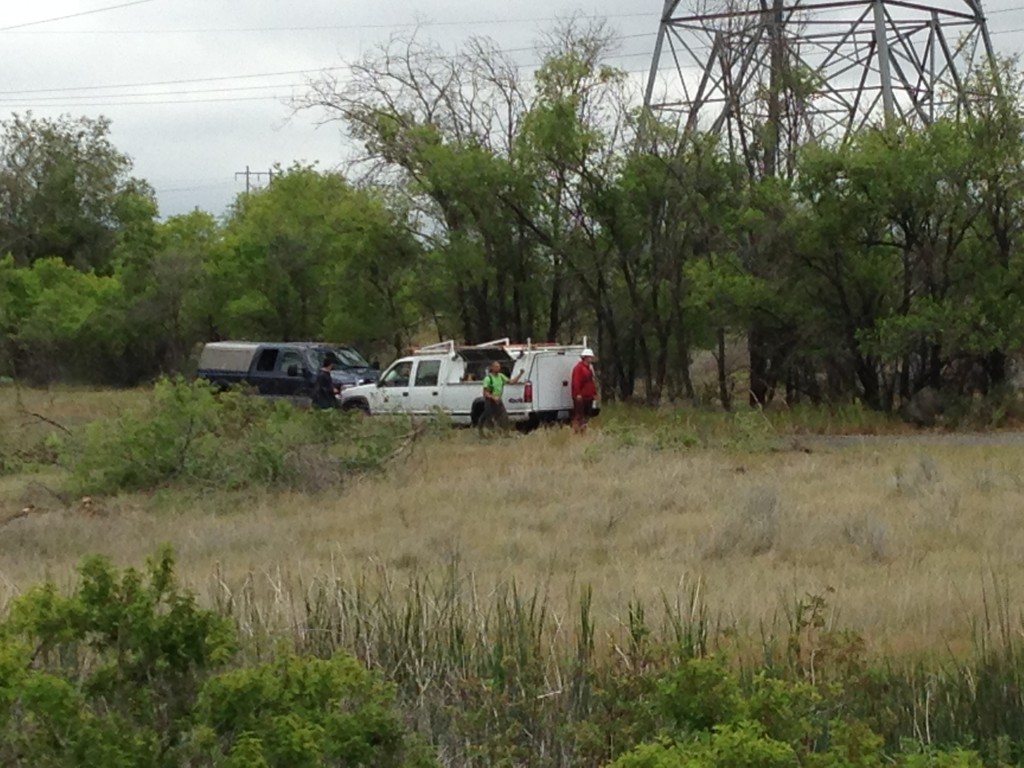 Crews cutting down our trees.

The area is managed by three entities: Bonneville Power Adminstration, United States Bureau of Recamation, and the local Coulee Area Park and Recreation District, who is supposed to be consulted about any changes or actions in the area.

Scott immediately called Bob Valen, the PARD Commissioner, while I took numerous pictures. I went home wondering what I could do. Helplessness is a terrible feeling. Meanwhile Bob Valen talked with the contracted crew at the park.

I had no idea who was cutting the trees down, but I organized my images into an animation video.  While creating it, I decided to tweet the issue, directly to USBR, who have been known to seemingly indiscriminately cut down trees on our walking paths. I also posted on Facebook, but that received a few local comments only.

It’s falling. The Bureau is cutting down our trees at North Dam. pic.twitter.com/k7ICFPR6YN

@usbr in fifteen minutes all the wetland trees will be gone??? pic.twitter.com/VAJyrU4sc9

I even sent out a tweet on the benefits of trees — so many people have no clue how important they are to the environment and to the health of our communities. And for city crews, it’s just more work for them — so why bother?

The Benefits of Trees http://t.co/LWp6uGDiz1

By this time Scott had informed me that it wasn’t USBR, but was the Bonneville Power Administration [BPA]. And Bob Valen was trying to contact whoever was in charge at BPA.

.@BPAnews In 15 minutes our trees at North Dam will be gone ????? pic.twitter.com/hXgOyxO3Yd

An already stressful day with our dog was now doubly so with the possible loss of one of our area’s few treed areas for public play.

I returned to the park and took more devastating photos to add to the Animoto video. 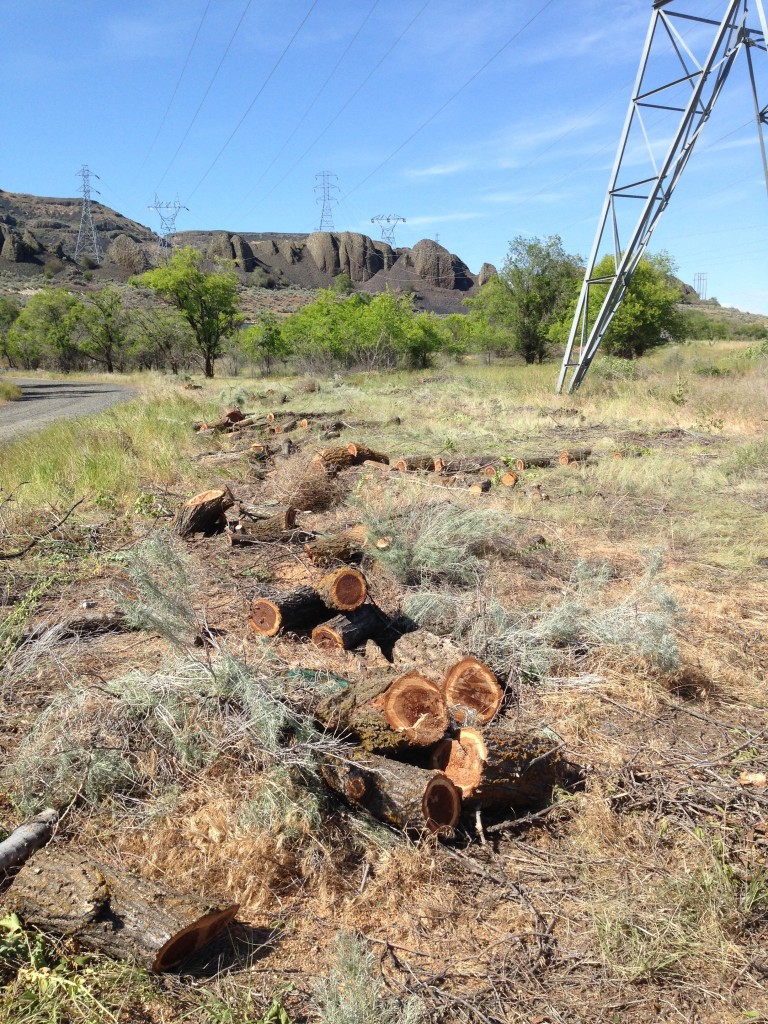 When I returned home, I found a message from Washington, DC Bureau of Reclamation who wanted to talk to me about my tweets!  I called the number, and the manager explained carefully that they had not been notified of  the clear-cutting, and that they were now in contact with BPA and PARD and were working on the issue. She was actually in town that day from DC and would check out the area herself. Wow!  The local USBR had also been contacted by DC wondering what was going on. I told her that those trees have been their for over thirty years, in a wetland area, and that local residents frequently access the area for walking. The local parks department has plans for the area, and the loss of trees would hurt wildlife and people’s use. I thanked her for taking the time to find out what the issue was for the community.

I persisted with Animoto videos to BPA since I hadn’t heard from them.

@BPAnews It’s a park; It’s a wetlands; We use it; We have a plan. Please stop cutting our trees. http://t.co/tFQh98a5lx

To be sure we were heard, I continued to try to reach BPA:

.@BPAnews It’s a park; It’s a wetlands in semi-arid area; We use it; We have a plan. Please stop cutting our trees. http://t.co/tFQh98a5lx

I never did hear from BPA myself.

But, a small voice received an answer from one of the powers-that-be. I tweeted a thank you.

@usbr Appreciate the feedback and phone call about our trees; Understand @BPAnews will work with Parks and Rec Dept. pic.twitter.com/BCFY0RO9QX

And here’s what happened: the different entities worked together to find a solution, and only a few trees have been cut down since the initial invasion. If you look at the pictures, you can see that these are not your average neighborhood power poles — they are huge, and these thirty-year old trees will never get close to the wires. 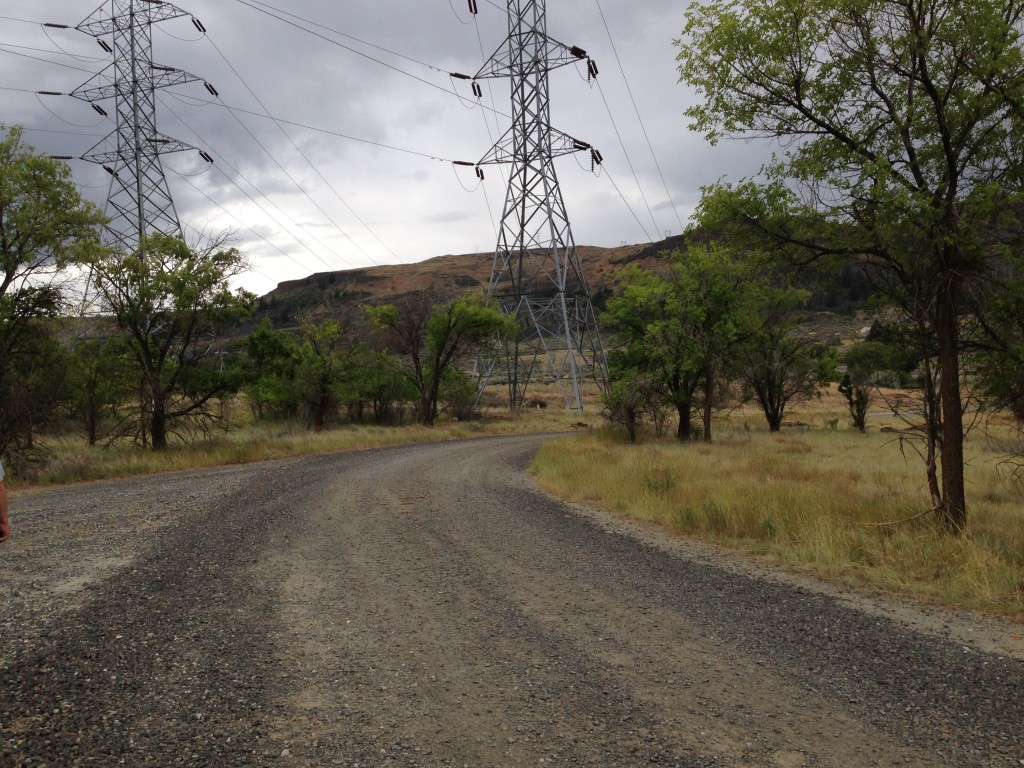 This is the story of a small voice receiving an answer, and Twitter, a social media, got the attention needed to start the conversation.

Remember, “One does what one can.” We’ll miss our walks with Pooka, but we are glad for those people and furry friends that still have their shade. 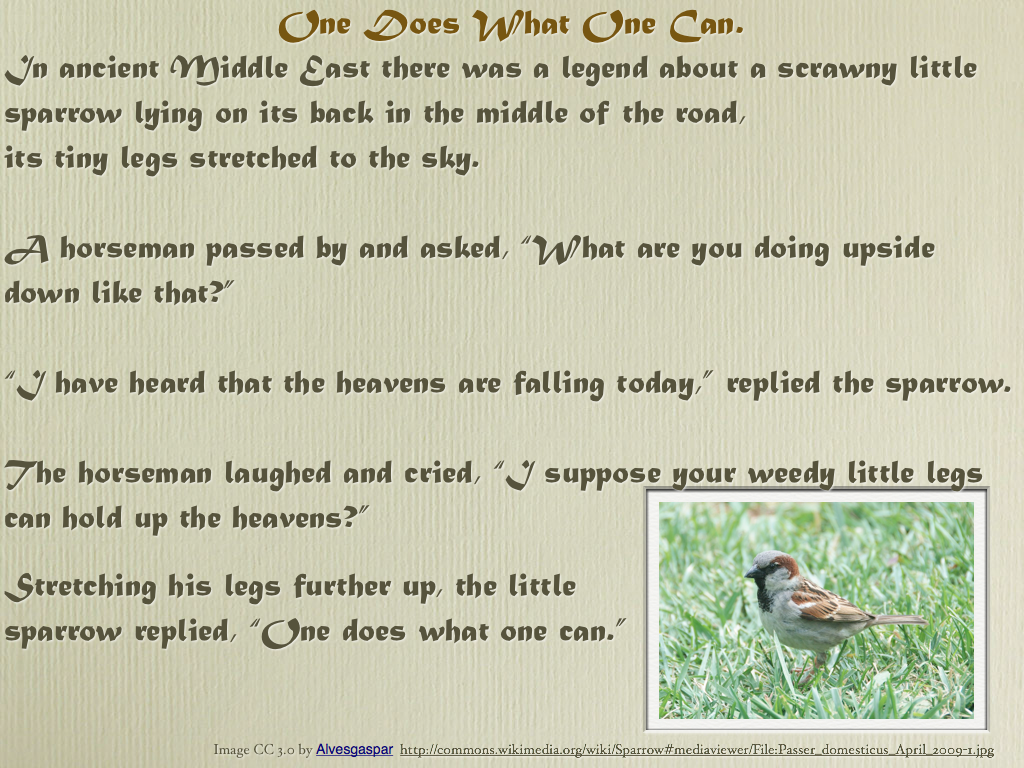