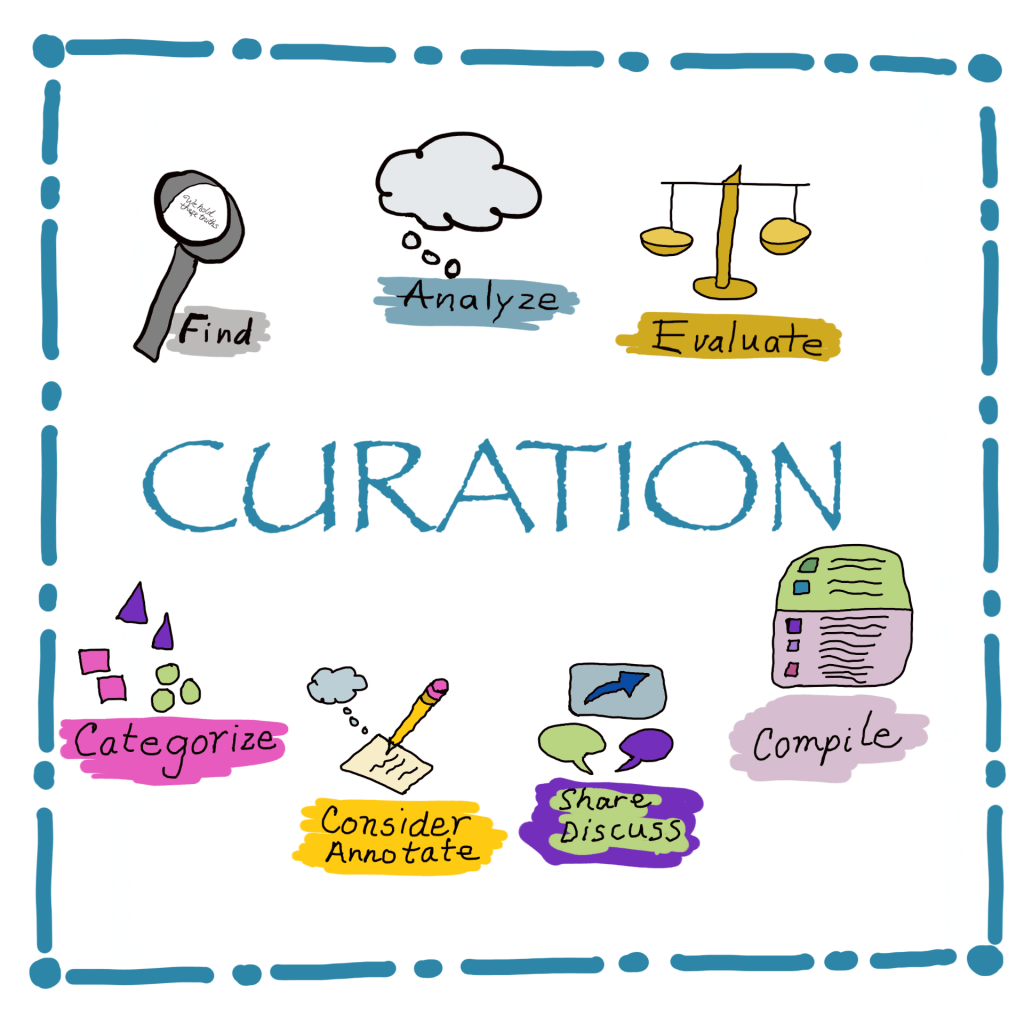 Have you ever read an article or blog post and took notes or highlighted to remember the important ideas and perhaps apply them in your own experiences?

Have you ever turned text into a Sketchnote?

These notes and sketchnotes — these remixes curate the ideas and honor the author’s original work by valuing the information enough to create something else with that information.

But isn’t this plagiarism?

This is an ongoing conversation that circles around. In 2012 Clint LaLonde tackled it this way in his blog post:

Aggregation is, in essence, curation, a skill that I think is incredibly important in education. There is great skill to being a good curator of resources; a filter.

With technology as advanced as it is, with social media sharing so prevalent, the remixer and the aggregator analyze the information, organize it for a new purpose, and curate the ideas in appreciation of their value.

For me, I think I’d ask permission to recreate the ideas if the information is copyrighted. For sure, I’d cite the source. If the information is listed as Creative Commons, then citation is often a requirement and notification to the author shows gratitude.

In the Atlantic in 2017, an article entitled “When a ‘Remix’ Is Plain Ole Plagiarism” explains situations where attribution is remix and recreation is probably plagiarism in response to an Instragram post being recreated on a building with someone else’s signature.  As the article continues, and as indicated previously, technology plays a part in this cycle of considering remix as curation or plagiarism; The Atlantic author ADRIENNE LAFRANCE states:

Questions about the sometimes-blurry line between paying homage and plagiarism are as old as art itself, and new technologies have a long history of complicating this space.

It’s a balance, of permission, intent, and also of economics. The author continues these ideas:

You don’t need a printing press to be a journalist anymore. You don’t need a museum to be an artist. Web platforms have made it so anyone can distribute anything online. They’ve also shortened the distance between making something and remixing it; between distorting other people’s original work and just copying it outright.

The same tools that enable artists to share their work widely makes it easier for those same artists to get ripped off by outsiders who sometimes profit from this kind of theft.

As an educator and blogger who gathers resources and teaches ideas, I may aggregate and remix ideas to share with students and other educators to add value by sharing the ideas in a different way so others can learn and share as well. It’s a curation of ideas in a simpler form as a way to honor the information and keep the message on its path. The intent is to aggregate or synthesize the information for myself and others.

We live in a remix culture:

Remix culture, sometimes read-write culture, is a society that allows and encourages derivative works by combining or editing existing materials to produce a new creative work or product.

So, when remixing to curate, be aware of:

In keeping with my blogging goals for February , I planned today to create a graphic of my topic, which I had already done [top image]. However, Kevin Hodgson [@dogtrax] tweeted his new video, which happened to be Reasons for Remix

In his blog post, he signed it with “nearly remixable.”  The ideas in his play with the app PowToon, I thought, were powerful enough to create an image and pdf to share as reminders to accompany the video– an aggregation of his work in appreciation for the ideas.

Remix is a friend to Kevin and I and our #clmooc friends. We riff off each other’s work frequently as we discover value in the words and work we do as connected educators and connected learners; the play helps us learn what will work in our classrooms.

What are the reasons for remix? You’ve seen the video above: here’s the Flickr image I created as another version of Kevin’s ideas [click to enlarge]: 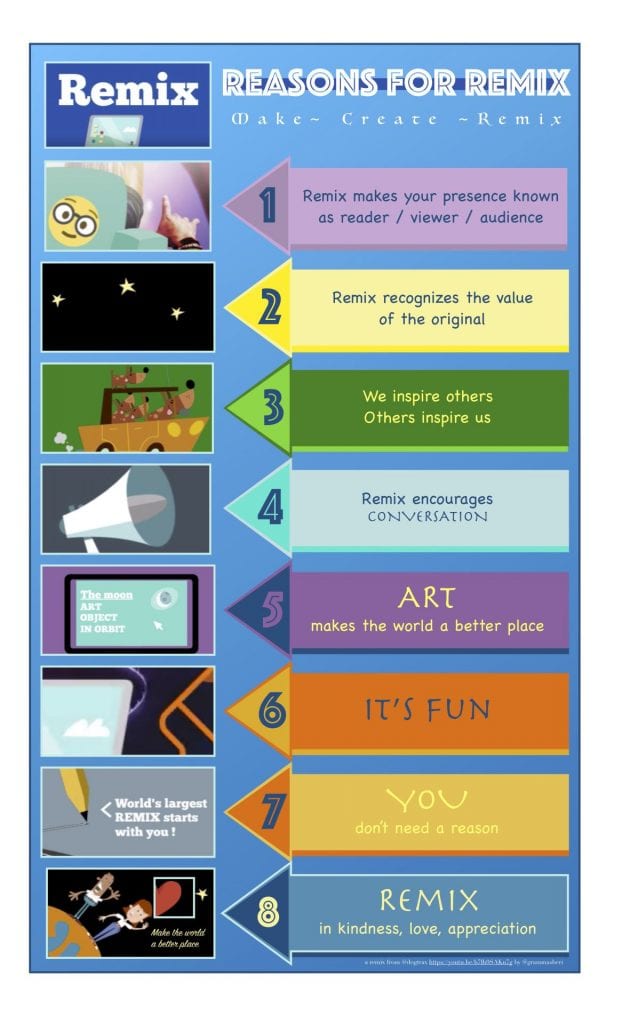 You can see I cited Kevin’s name and the YouTube URL of his work.  I created a .pdf version for download as well. I tweeted to him to acknowledge my appreciation of his work and share the image.

Great reasons for Remix: Wondering if this remix of your reasons adds another way to view: https://t.co/NYrF34Y1Tq

In keeping with the idea of valuing the ideas of the remix, what did I consider?

I did forget one part: the license on the actual image and pdf. On the Flickr Image it is listed as a similar license. I’ll ask forgiveness.

In reflecting on curation as remix and in providing an example, I’ll take more care in adding the Creative Commons remix license. The process also reinforces the idea of ownership and authorship: that the originator still has the option of commercial use of his/her own works; I, on the other hand, must remain non-commercial, but can remix, adapt, and share the information, thus creating a more open and expanded publication of these valuable ideas. 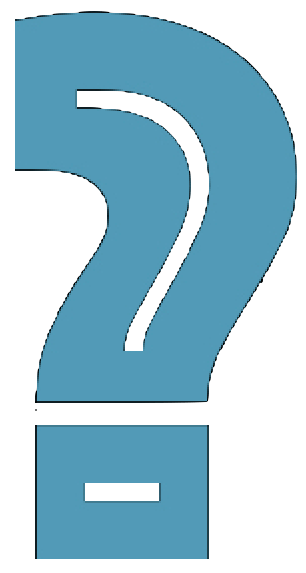 How does Curation as Remix extend your understanding of today’s digital world?

How do you consider “Remix?”

Special Thanks to Kevin [@dogtrax] for creating the Remix video and making it available for remix.

This is a continuation of #blogging28 and my February Goals.