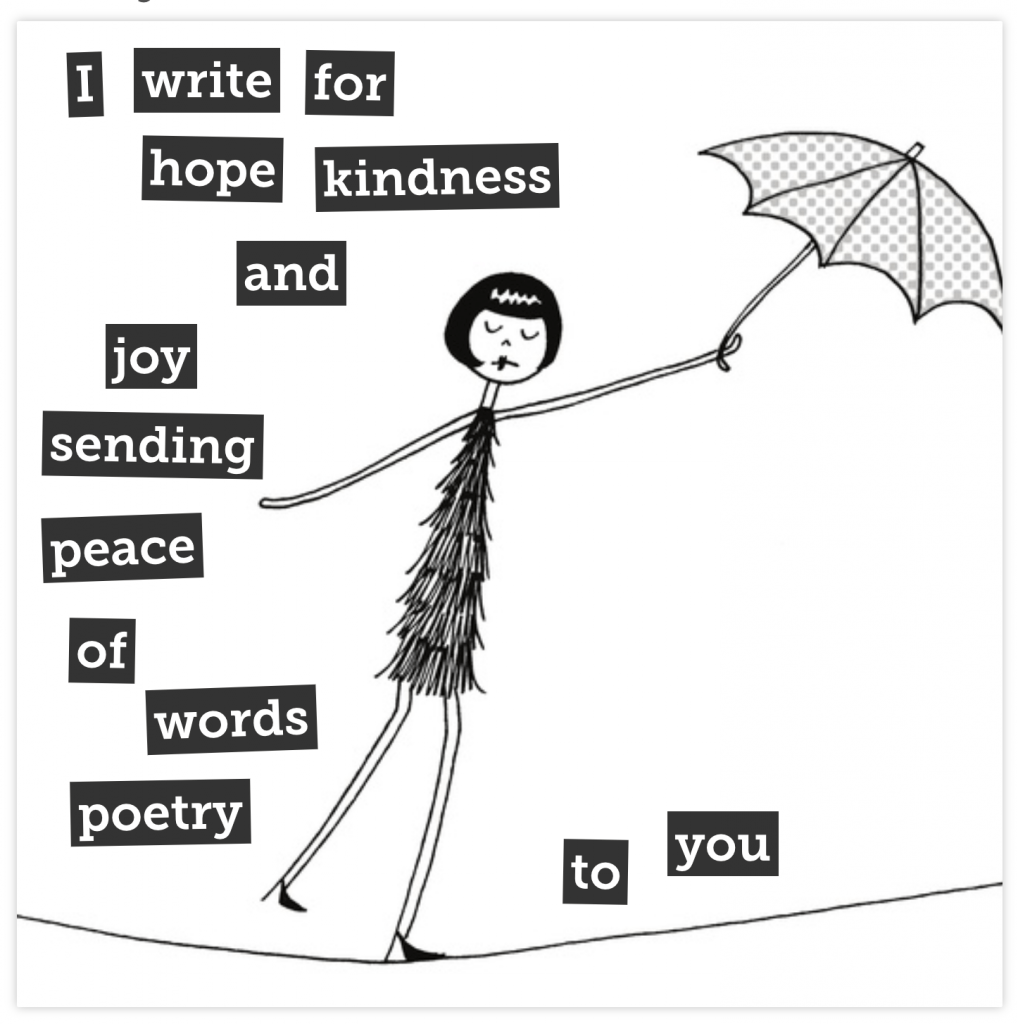 Thanks to  Dogtrax  who created this image and poem on StoryBird

I do write, I do live for hope, kindness, joy, and peace. It seems like a no-brainer to work for a world where we all help each other and treat each other with respect and dignity.

But it does require more of us. I taught for over thirty years with middle school Native American students; we decided together how to treat each other by establishing our Learning Community Guidelines, and referred to and adapted those all year to build a climate that included everyone. Sometimes families asked me to join in conferences at the high school, and we continued our relationships as students moved on. I understood that some lives were disrupted and that some were the disrupters; I have been mentors for both. And through it all, kindness was a way to be, and so was believing in each kid.

I’ve been an advocate in instances where my students were “those kids.” It’s important to be vocal about the truths that are in all our lives, and not let labels take hold. I can stand strong and kind at the same time– so that kids are allowed the dignity of growing better. I’m not perfect, and neither is anyone else. And I believe everyone has their good side. And I can be someone who helps bring that out.

The other day in my feed someone retweeted Shana White’s tweet about the negative of “positivity.” Read the thread.

Good morning to educators who know constantly tweeting 'positivity' is method to maintain status quo and escape from engaging in critical examination and active dismantling of inequitable and oppressive systems.

I immediately had to reflect on my past and my present. I am always blogging and tweeting about positivity– but I also stand up when it’s called for. I wasn’t always appreciated by my peers for standing up to mandates that were simply power plays over students– that didn’t allow for their input and critical analysis of improving and solving issues. I perhaps should have done more.

Shana also shares some things we can do to stand up for more just systems [open the thread]:

I hope you are enjoying your break educators 😊

Here's some things we (all educators) need to leave in 2018 (reply and add your items at the end):

1. Dancing or rapping in class and thinking that is culturally responsive.

What do you think of these ideas?

I know this one resonates with me:

Blaming kids or their parents instead of self reflection on how you can make different choices as an educator.

Assuming kids have “no language” or “no experiences” b/c they are different than yours.

I’ve only met one parent who did not want their kids successful in school, and that parent was just barely an adult, still learning like we all are. But it is so important to accept the learning that does happen at home, the experiences and culture that, though different than mine, are just as relevant and have something for me to know and learn as well.  As an example, I learned about “now” from my families and students. If we were in a conversation, that conversation is all that mattered, no matter what else. Be there in that moment until the need is over.

I’ll never be perfect about this, but I believe we need to be vocal and step up more when we hear and see injustice. It’s hard. But imagine how hard it would be if your child had died, and you asked, “What would my child do?” I know– that doesn’t make sense without the context. I read today in the Washington Post about Laura Calderwood, mother of Mollie Tibbitts, who brought into her home a teen relative of the man who killed her daughter so he could finish his last year of high school by asking just that question. She was affected by the “good side” seen by the relative. I understand that too. Like I said, I have mentored the harmed and the one who harmed. Life just is not black and white. It’s complicated. We are human, not perfect. We can help each other be better through our kindnesses.

Be positive and consider the struggle as well, as Amy Storer considered in that thread:

I was just talking to my husband about the importance of not just sharing the shine, but also the struggle. It’s the struggles and the hard conversations that add so much to my growth as, not just a teacher, but a human being. @ShanaVWhite TY for always sharing such great words!

It was important for me to stand back and listen more than talk. I think this tweet by LeslieMac is important — we need to form more “us” connections and relationships.

The best advice I have for folks as an organizer is this – when it comes to addressing issues you play a role in, start by having less "They, Them, Those people" convos & more "US, WE, ME" conversations.

Because when we point fingers –label –, there are three fingers pointing back at me– I was reminded of that when Ruby added this quote:

Yes! "Instead of hating the people you think are war-makers, hate the appetites and disorder in your own soul, which are the causes of war. If you love peace, then hate injustice, hate tyranny, hate greed – but hate these things in yourself, not in another."

Perhaps this is most important in this conversation– I had to look up this quote to find more context. Because we are in a war– and I need to open up more to others and stand with them, acknowledging my own shortcomings. I cannot be on the defensive: I must listen and stand for justice. If I want peace, I must work for justice. And kindness builds connections to do so. 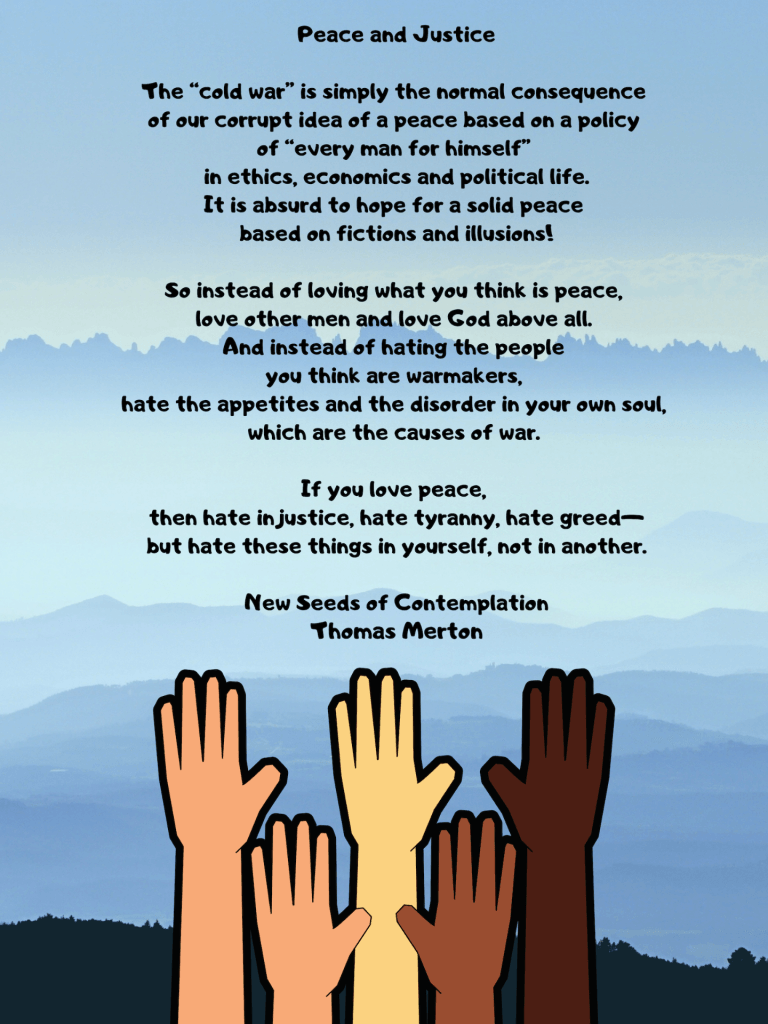 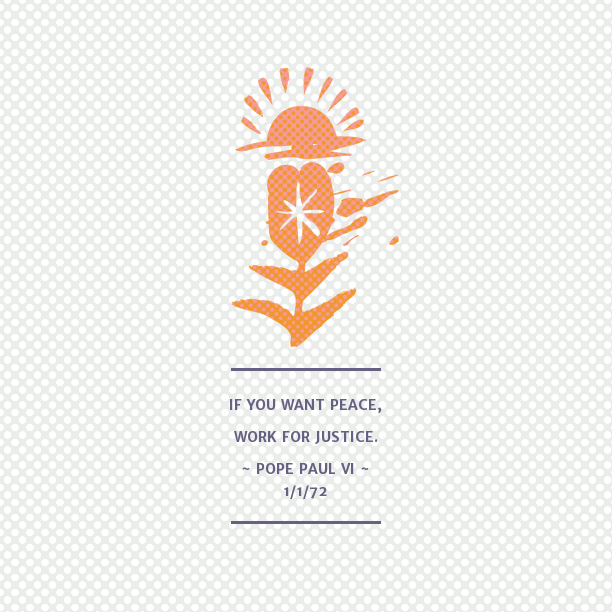 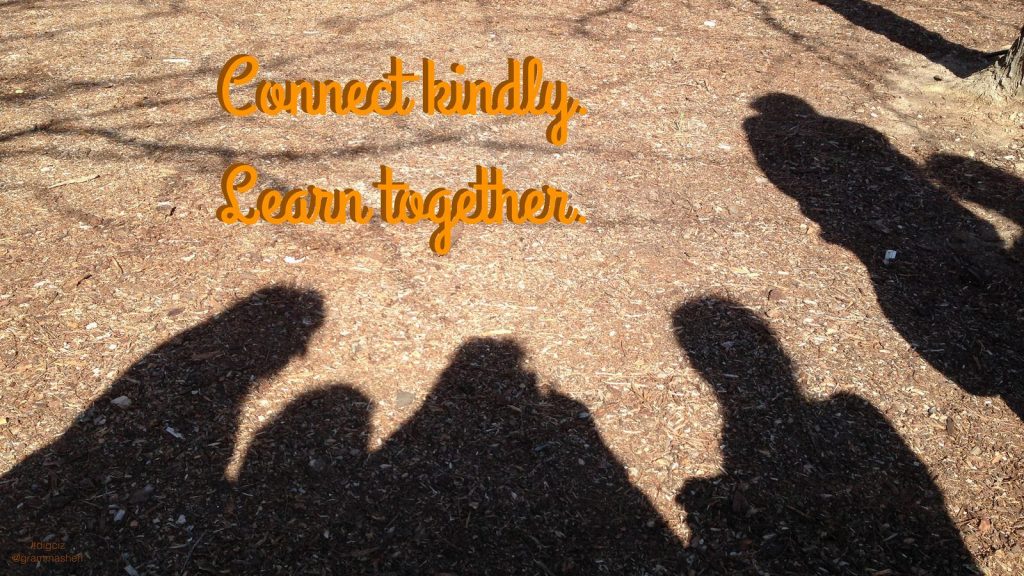 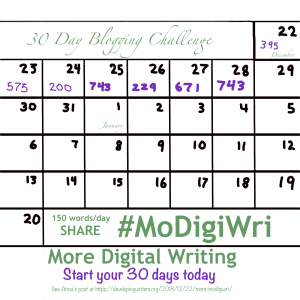