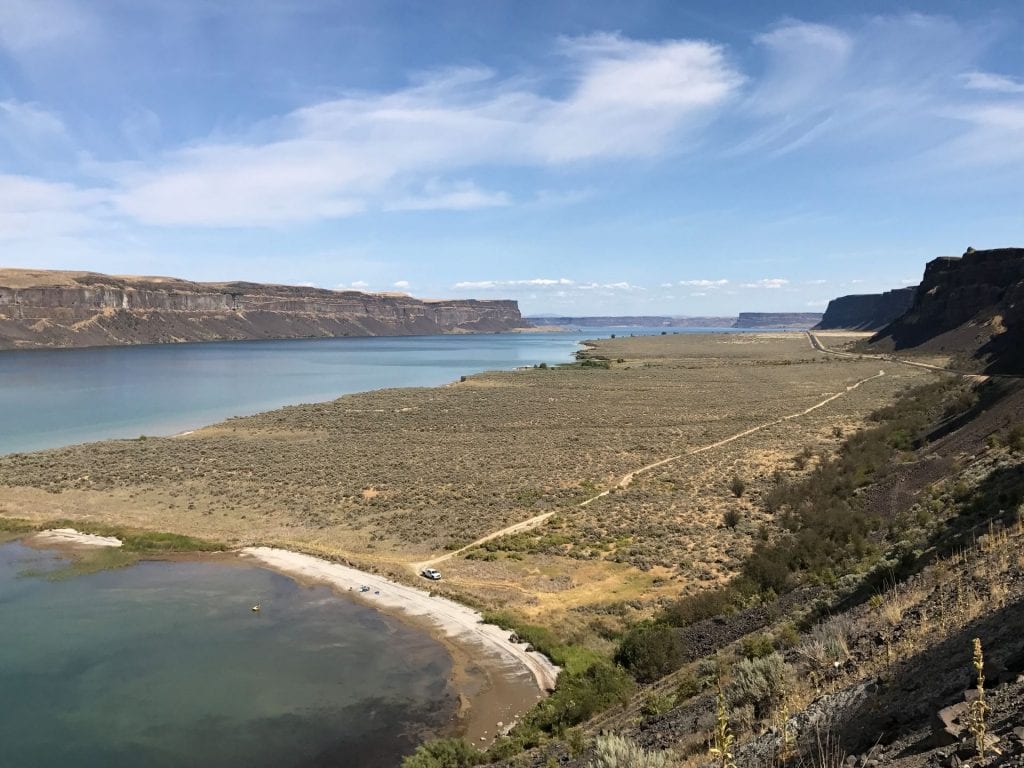 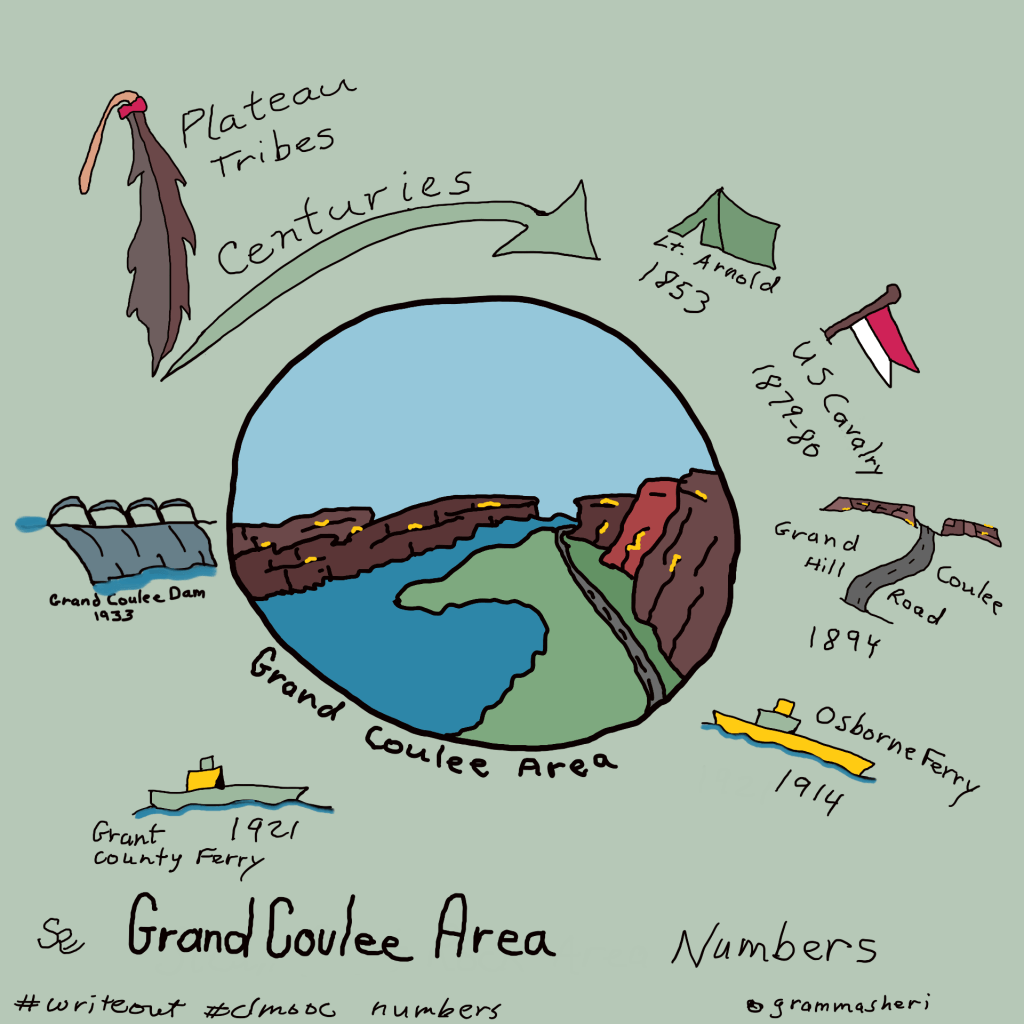 Information in the above poster is based on this historical sign post, a photo taken in 2001 by student Jordan Leskinen for our class project: 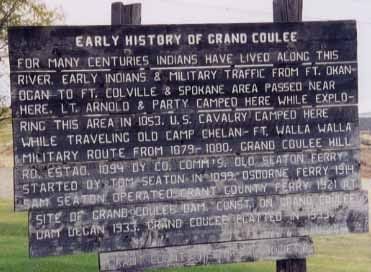 In 2001, my students [4h and 8th grade students] created a website called “Signs of the Past,” which was a state-wide student project. The website no longer exists, except through a backup and the Wayback Machine.

Part of their project discussed the Grand Coulee Area, noted in their picture of the sign post, above.

Read some of the students’ information on the Grand Coulee area: 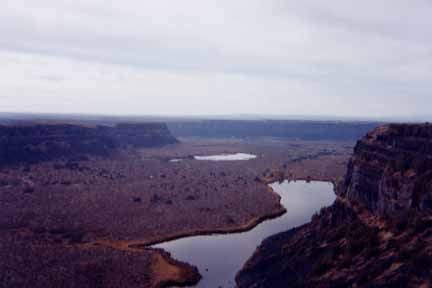 The fish in Banks Lake are bass, trout, perch, blue gill, and crappie. You can even boat at Steamboat Rock as well as water-ski, innertube, and jet ski. The hunting consists of a shotgun and only for birds. For swimming, there are no lifeguards in the area for swimming by the campgrounds. Campgrounds have electricity, showers, picnic ground, and sewage. Hike all over the area by Steamboat, but when winter comes enjoy cross-country skiing.

Grand Coulee Dam Area Visitor’s Guide 2001-2002: The Home of Hydropower”, A Supplement to The Star Newspaper

I was surprised only two of their links no longer worked. I did find the updated Missoula Flood website from the same original organization. On other parts of their site were these images: 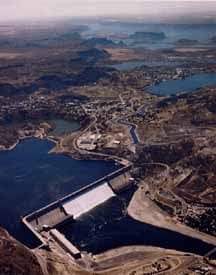 And this blog post excerpt from the student site with their research is a bit of number history also:

Isn’t it fascinating that we can still find the history of the past?  And we can share our work and history to remember from where we came.

Photo, art by Sheri, except as noted above.