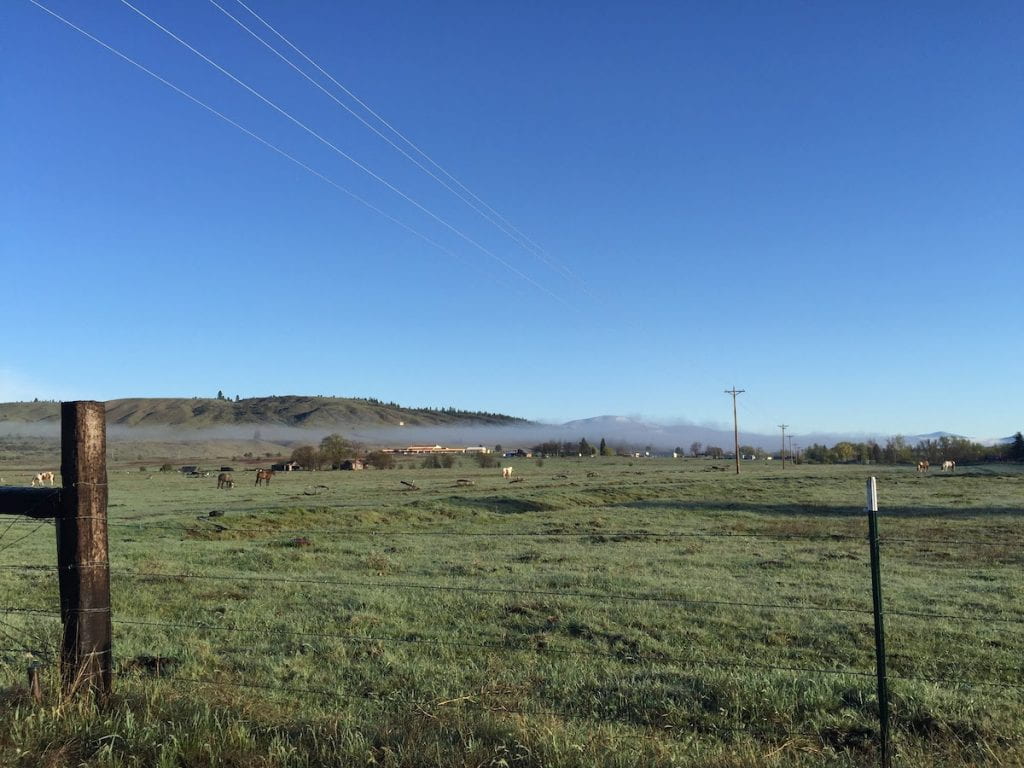 Today, in the #writeout feed, mention was made of the contributions  and long history of Native Americans in this, their continent.

I saw this link & wonder how we might honor our indigenous neighbors and literally follow in the footsteps of Native Americans by hiking these trails. The Mattabesett trail in CT is awesome. Anyone ever hike the other trails mentioned? #WriteOut

I have not been on  those trails, but I know of some interesting places to see the importance of the horse to the Native Americans. 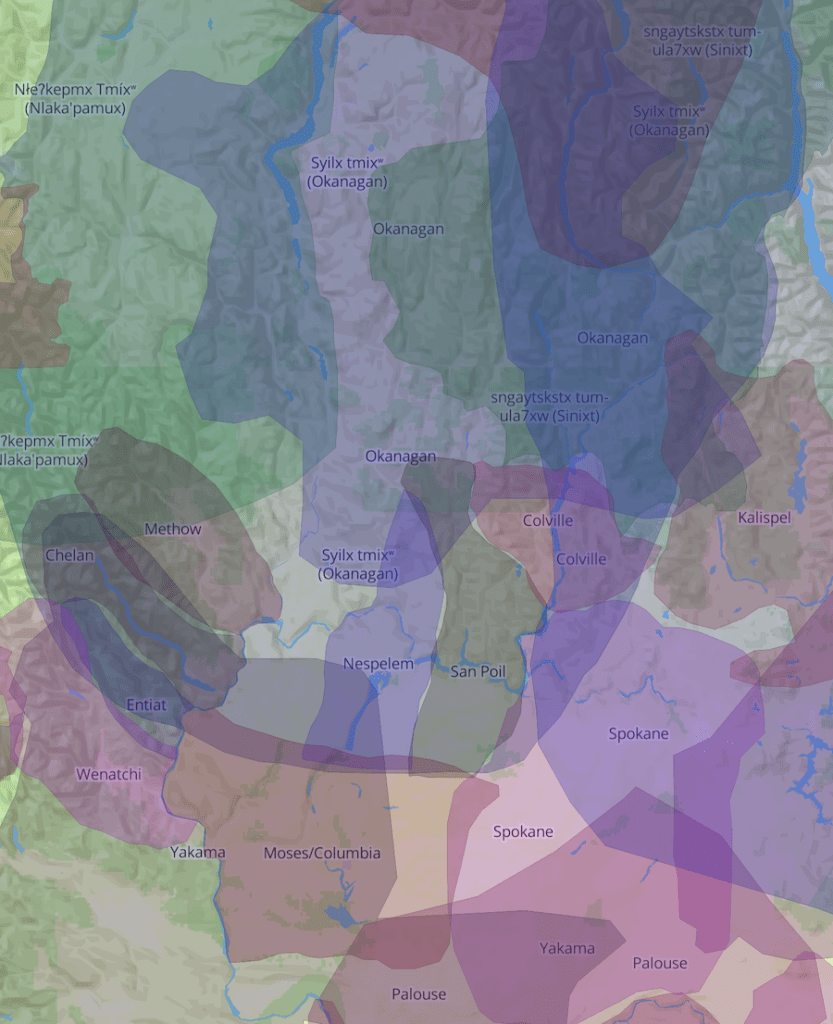 Many, many different bands and tribes live here in Washington State and Canada, and have for century upon century.

And much of that culture and way of life has transformed our area as a land of rodeos and horse races. Enjoy this short video of the local Native American races at the Okanogan County Fair in Okanogan, WA.

And be sure to read this wonderful National Geographic article about People of the Horse, which includes mention of the local Omak Stampede Suicide Race.

But for right now, for my #writeout for Steamboat Rock, this is the information on the park sign: 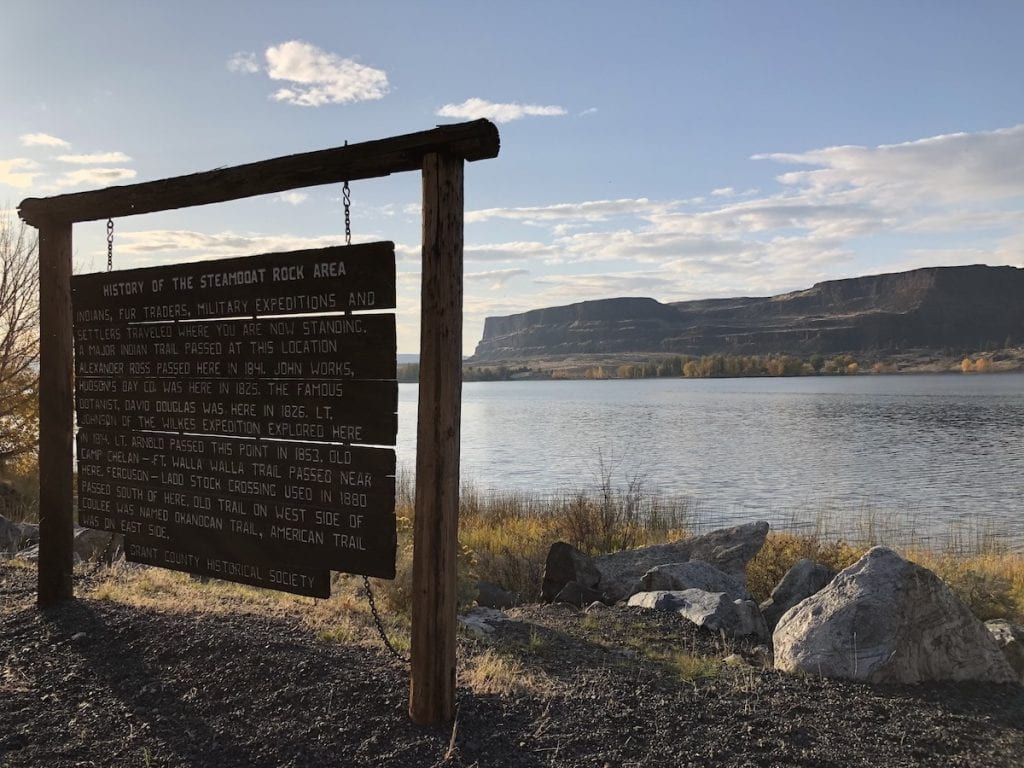 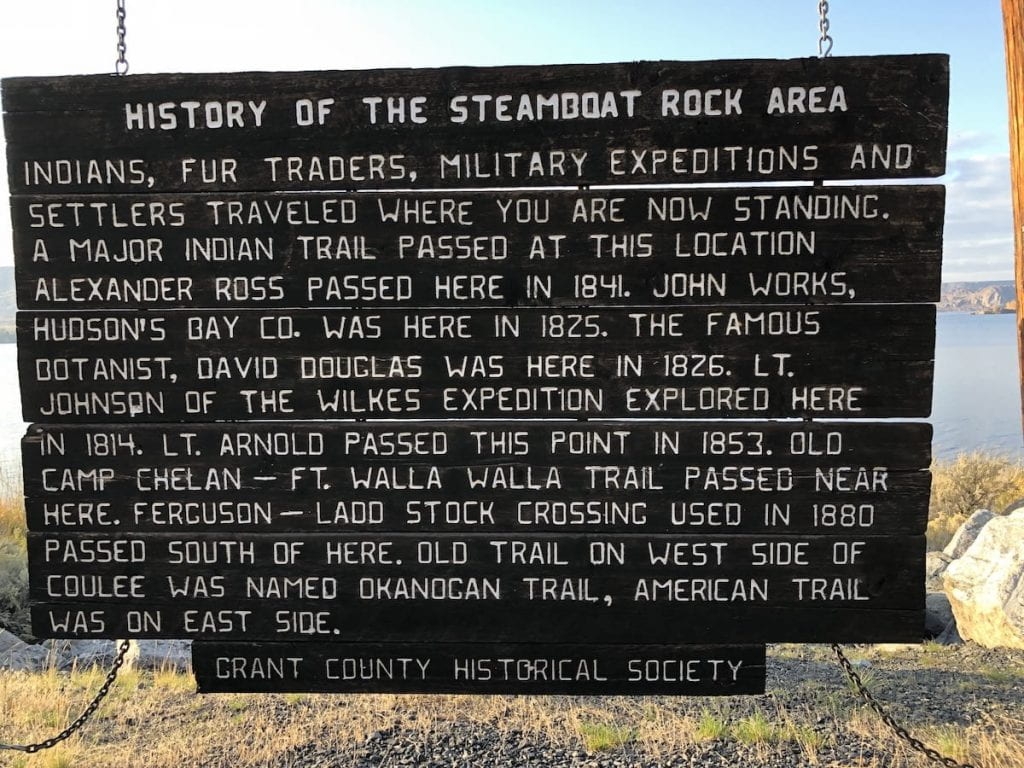 The Native Americans did not spend time here because they lived along the Columbia River — just two miles from here —  for the salmon, plants, and other animals.  This area around Steamboat Rock had  just one small lake only, rather than the reservoir of water pumped up from Grand Coulee Dam for irrigation of our semi-arid area, which you see in the photos.

But one thing is for sure: when horses arrived, horses became part of the people.