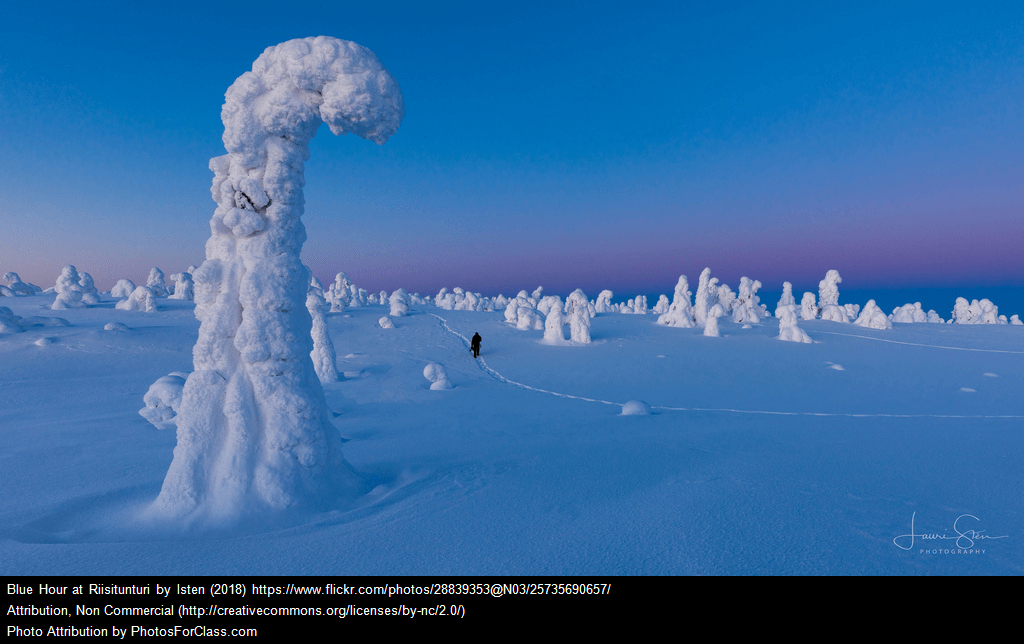 A hiker bundled up warmly

tinged along the horizon

in a ribbon of orangey-pink

Image by Lauri Sten on Flickr CC A, NC, SA

The photo is called “Blue Hour at Riisitunturi;” Riisitunturi is a national park in Finnish Lapland, which is just under the Arctic Circle! Follow the link to visit!

I like this photo because the people there probably would not close school due to snow: they are accustomed to it and have the equipment to deal with it — including snow shoes!

This is a continuation of #blogging28 and my February Goals.

Continue a Blog Short from this week.

28. Add an image from Photos For Class to a post and write about it. Create a poem, story, information report, or any other style of writing!

Things to notice– and possible expectations for students: